A stand up paddleboard  (SUP) connects its paddler directly with the water, wet toes and all. Honoring our tradition of wooden boat building, we embarked on this wooden SUP project to build a stable vessel that would track nicely. We took what we learned from our initial SUP prototype build, which was more square at the nose and tail, and we built a more tapered version this time around. In an effort to keep the SUP as light as possible, we used internal ¼”plywood frames, notched out to receive stringers, and covered the sides, decking and bottom with ¼” marine grade plywood. We built an internal handle for ease of carrying and crafted a plywood fin to aid in tracking. We’ve had lots of fun using this vessel at the Aquatic Park. The more inexperienced paddler might take a few swims, but after a few attempts they’re gliding in no time. 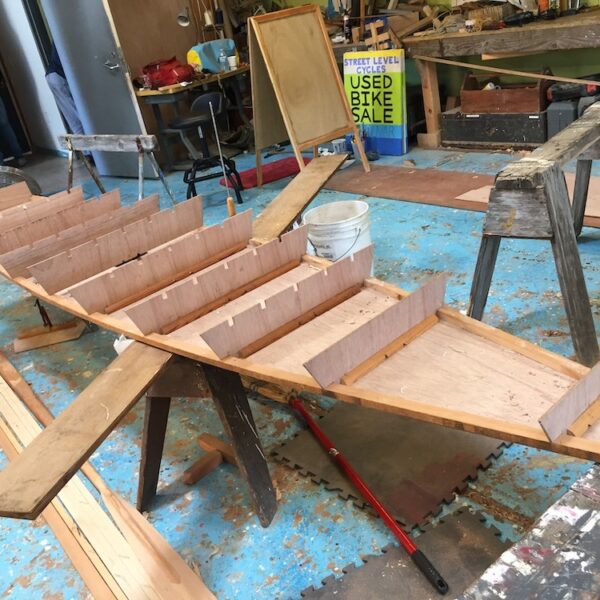 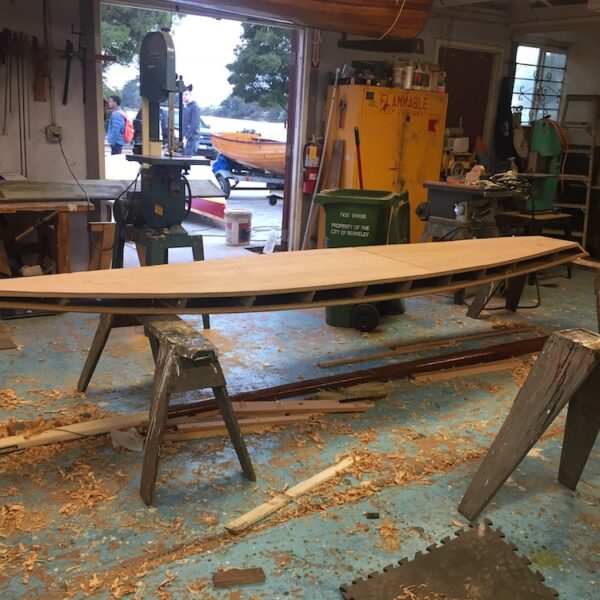 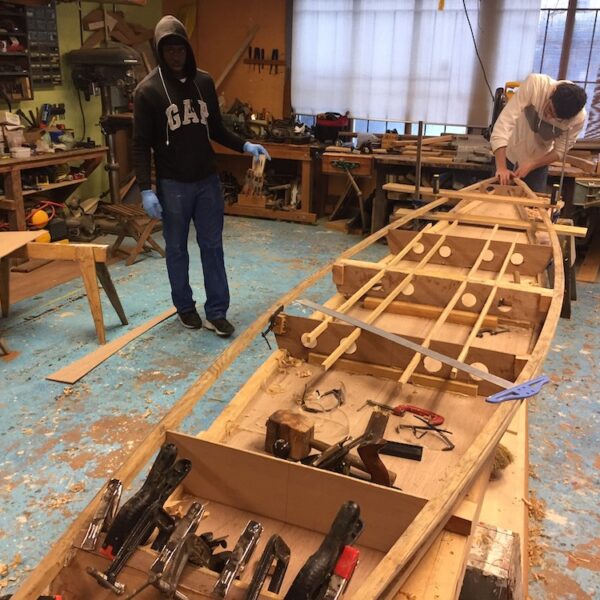 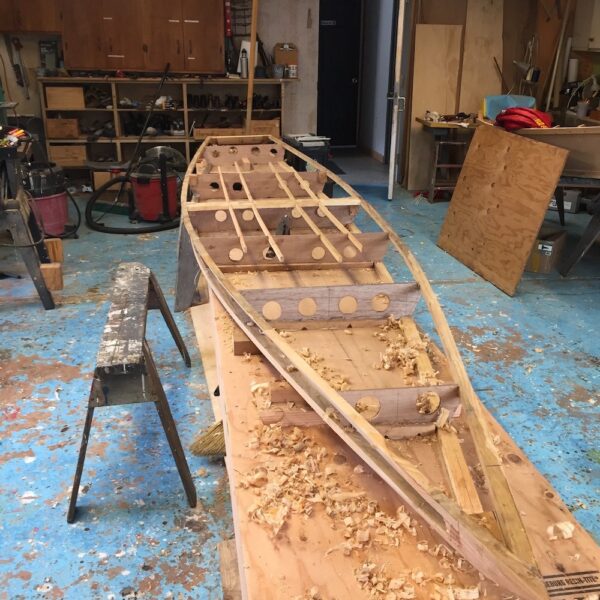 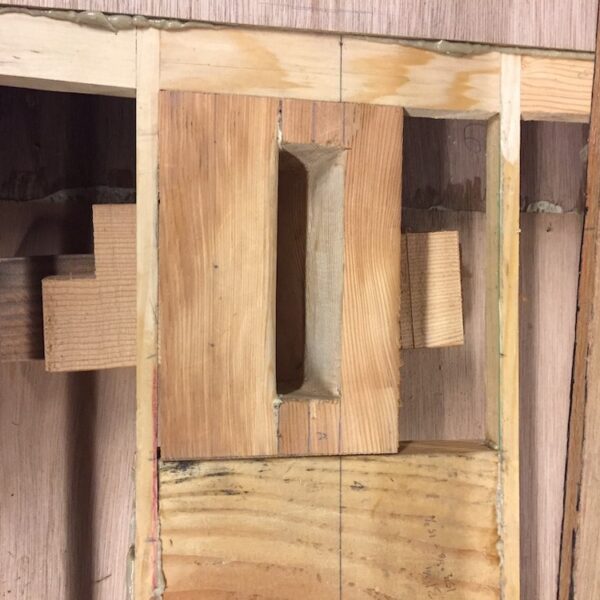