In summer 2018, a sailor reached out to ask if we could help get his El Toro sailboat watertight again. The El Toro has a deep Bay Area history and we have a few in our sailing fleet. In the late 1930s and early 1940s new East Bay Area residents coming to work in the shipyards were or attracted to the water as a place for recreation. These residents started boating clubs, building boats and launched the first El Toros in the adjacent channel. The design was developed by several amateur boat builders so that anyone who was the least bit handy could cut the boat out of 2 pieces of plywood and put it together. It is believed that the first El Toro was built in Berkeley.

During our rebuild, everything but the bottom and seats needed to be stripped off and rebuilt. We joked that it may have been easier to simply build a new one from scratch. The vessel received new bow and stern transoms, side planking, quarter knees, gunnels, and other internal supports. The El Toro is now back sailing in its home waters. 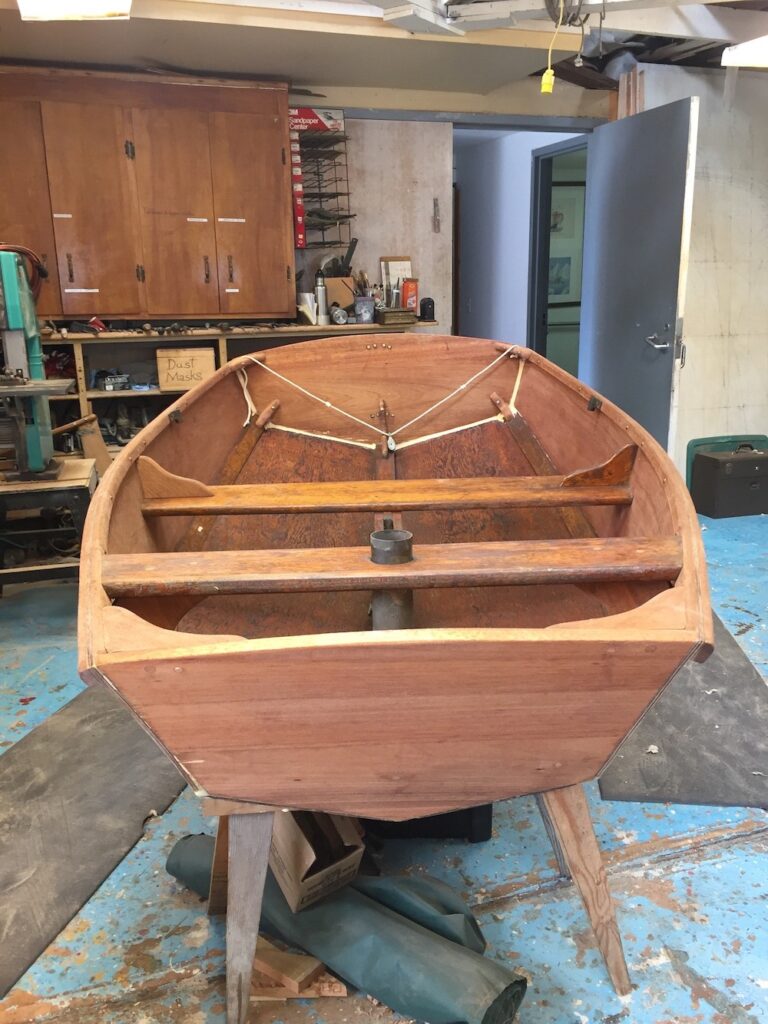